So we just returned from a week of relaxation at the Outer Banks digging our toes into the sand with a cold drink in hand. On the day we arrived home, I headed out to check in on the big boys after just an hour spent unpacking and loving on the dogs who were overjoyed to see us.

In contrast to the exuberant greetings from the dogs, this is the face Ike gave me: 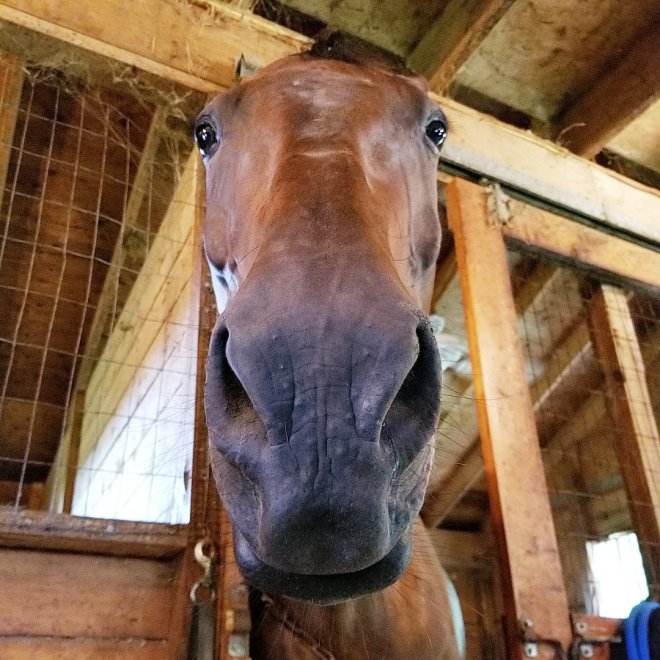 I surmise based on the faces Ike was making that he was either displeased at my absence or bothered by the fact that he received no souvenir from my travels. The week old carrot obviously was not enough to appease his majesty.

Thankfully his mood improved today, especially after I scratched his neck and withers for 15 minutes.

In other news, we are entered in a one day dressage show in mid-August. Time to focus on the white-fenced sandbox to earn our final scores for the USDF All-Breed Awards. If only someone would decide to host a dressage show at the oceanfront, we could combine the best of both worlds…